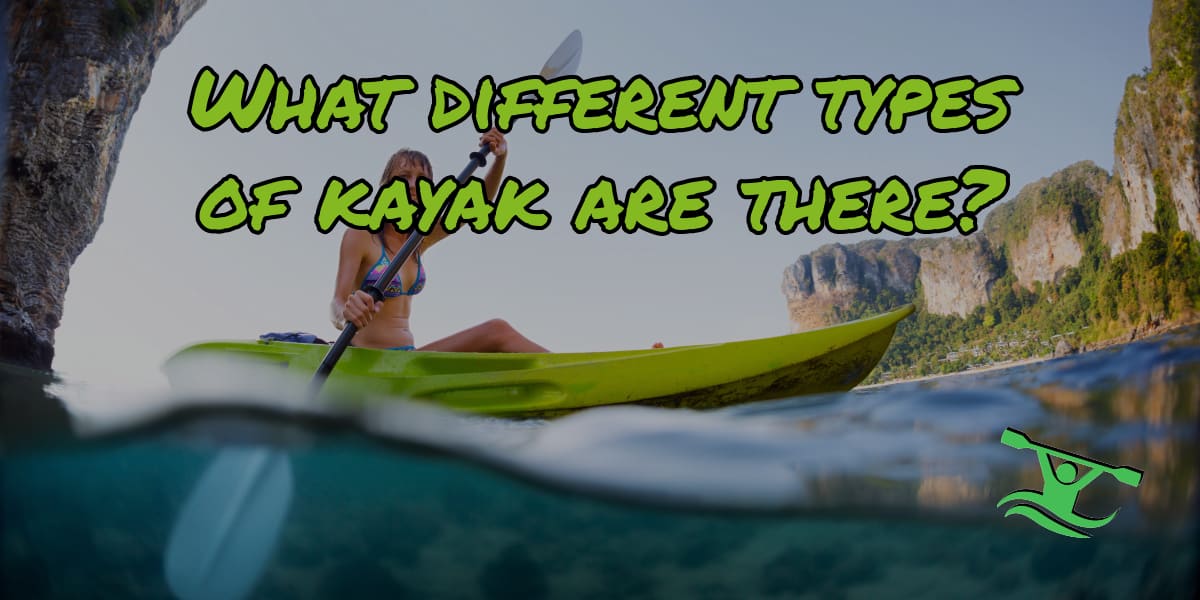 The kayak – it’s come a long way from its humble origins. The kayak is thought to be at least 4000 years old, originating in the cold coastal waters of the Arctic, north Atlantic and north Pacific. They are thought to have been developed by the early inhabitants of North America, whose descendants later came to be known to us as the Inuit, Yup’ik and Aleut.

I suspect that such a simple craft may have its origins even further back through the mists of time. It’s basically just a little capsule, pointed at both ends, which floats on and cuts through the water, propelled by a paddle.

But it is through the Inuit that we get the word kayak, which means “hunter’s boat” or “man’s boat”. It was an intensely personal device, built to the owner’s own measurements – the Inuit would build a kayak to be thrice as long as the span of the paddler’s arms, and as wide as the paddler’s hips plus two fists.

Ever wonder why we have the “Eskimo roll”? Because it’s too damn cold to do a wet exit in those waters!

In more modern times, the kayak has come into popular usage and has changed as a result. Rather than being built to fit the paddler, the kayaks come in standard dimensions and designs. No longer constructed from skins and wooden frames, they are typically made of fibreglass or rotomoulded plastic now, except for inflatable kayaks which are made of a waterproofed, rubberised fabric.

To make up for the lack of personalisation in kayaks these days we have settled for a mind-boggling array of different models and types, enough to suit almost all paddlers. In this article, we’ll look at the most common of these types of kayak: whitewater kayaks, sea/touring kayaks, fishing kayaks and inflatable kayaks.

What are the Different Types of Kayak?

Nowadays most people are familiar with a kayak as a plastic watercraft – most people have seen the two main classes, which are sit-on-top kayaks and sit-in kayaks.

A sit on top kayak is a divergence from the original kayaks of the Inuit, and it has only really come about since the introduction of hollow plastic kayaks in the 70s. Of course, inflatable kayaks straddle that divide between sit-in and sit-on kayaks, since many of them have obvious cockpits but are still relatively open. I guess we just call those ones inflatable.

But in terms of rigid kayaks, there are further distinctions. Some of these can also apply to inflatable kayaks too, but they are in a class of their own for the most part (in my opinion at least).

A whitewater yak will tend to have a greater degree of rocker than other types of yak, as well as soft chines and overall much less surface area in contact with the water at any one time (compared to, for instance, a sea kayak).

This improves manoeuvrability in the kayak – because they are shorter and have the front and rear curving out of the water (this is what rocker is), they can turn more easily. The softer chines mean they can bounce off rocks without snagging and can roll with the water, further increasing the head-of-a-pin manoeuvrability.

A sea kayak or a touring kayak, on the other hand, is almost as far down the other end of the scale as you can get from a whitewater kayak. That’s not to say that they are lumbering and heavy and unresponsive. The thing is they are designed for a completely different environment.

If you went down a set of rapids in a tourer, you’d probably think to yourself “that was a stupid idea” as you are bounced from rock to rock with no chance of getting yourself on an even course.

However, if you were out to sea in a whitewater kayak, you’d probably find yourself spinning about on the spot, rolling all over the place and spending far too much effort trying to get anywhere.

A sea kayak, therefore, is longer – this helps it track better – has harder chines, improving its stability, and overall has more wetted length. A touring kayak is much the same, but a touring kayak may be shorter than a sea kayak – both types have plenty of storage space for all of your gear for your long voyage.

A recreational kayak is not specialised. It’s your bog-standard kayak, a Sun Dolphin Aruba or Ocean Kayak Frenzy. It’s neither long nor short, not a plane nor a banana. It will serve you fairly well in many situations, but wouldn’t be as good as a whitewater kayak for going down rapids, and won’t be as straightforward to take out to sea, especially in slightly more exciting weather.

Most fishing kayaks tend to be sit-on-top style, to allow for easy access both to the boat itself and to all of your gear. They also usually have a decent amount of storage, often with a live-well style area behind the seat, and plenty of room to mount accessories such as rod holders or a fish finder, or an anchor trolley or even outriggers.

This deserves a mention here. I always think of inflatable kayaks like Sevylor’s Big Basin as something halfway between a canoe and a kayak. It’s the high sides, and big, open cockpit I think. A canoe is basically just a hull (bottom), whereas a kayak would have a deck too (the top of the boat).

Another difference is that a canoe is usually paddled using a single-bladed paddle rather than the double-edged style used by kayakers. I suppose they are interchangeable really, but it seems to be a thing.

A canoe has a lot of space in it and is usually longer than even a sea kayak. Being so big and open they are better suited to calmer waters.

A Kayak For Everyone

There is a type of kayak for pretty much everyone out there. Fishing, whitewater, adventure, surf, sport, just for fun. There are loads of models.

And if you can’t find the right one for you, you could always get some animal skins and stitch your own – well, you could!